Iran has announced an expansion of its nuclear enrichment program in a provocative response to a UN watchdog’s rebuke over the alleged existence of undeclared nuclear sites.

The head of Iran’s Atomic Energy Organization said Tuesday that it had added the Fordow underground facility to a list of sites where uranium is being enriched to 60 percent purity, just below weapons grade.

It followed a decision by the International Atomic Energy Agency’s board last week calling on Iran to cooperate in dealing with traces of uranium found at three undeclared sites in the country.

“We have previously warned that political pressure and decisions will not make Iran change its attitude,” said Mohammad Eslami, Iran’s nuclear chief, referring to the IAEA statement. “That’s why we started uranium enrichment at Ford.”

The escalation comes as Iran faces international criticism over its crackdown on protesters in the country and its alleged sale to Russia of missiles and drones used to attack Ukrainian cities.

Iran has always insisted that its nuclear program is purely for peaceful purposes, although experts say 60 percent uranium enrichment is a step away from 90 percent weapons grade.

Tehran has also said that old allegations about its nuclear activities were all dealt with in a 2015 nuclear deal with the US, UK, France, Germany, Russia and China and that these issues cannot be reopened.

Iran’s past activities were hushed up as part of a deal that helped curb its nuclear program in exchange for the lifting of most U.S. sanctions.

But after the United States, under then-President Donald Trump, pulled out of the deal in 2018 and imposed tough sanctions, Iran withdrew its commitments without formally withdrawing from the agreement. A year later, it resumed uranium enrichment to 60 percent, while also installing advanced centrifuges. The 60 percent level was reached in April 2021. 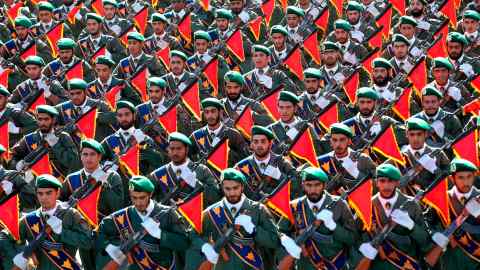 The IAEA said this month that Iran had 62.3 kg of uranium enriched to 60 percent, a quantity that caused alarm in Western capitals.

US President Joe Biden sought to revive the 2015 agreement, but indirect negotiations between Tehran and Washington, mediated by the EU, have stalled since August. It was thought the two sides could resume talks after the conclusion of this month’s US midterm elections.

But Western diplomats in Tehran say it has become almost impossible to sit at the negotiating table with Iran if the Islamic republic continues to violently suppress large anti-regime protests. More than 200 protesters, including 30 children, died during the protests, Amnesty International said.

Western governments fear that reviving the nuclear deal could strengthen the Iranian leadership’s hand, diplomats said, because it would involve untying billions of dollars in Iran’s overseas assets.

What happens next to Britain’s Ukrainian refugees?